What a difference a year makes in terms of puppy development.

In one short year your little puppy will go from helpless newborn to strong, confident adult.

This whole first year is  the most important of his entire life.

The first six months are the most critical, and the first four of those months are what is called the 'Imprinting Period'.

This is when your little Rascal's brain is at it's most receptive to new experiences and lessons, and his capacity for learning is at it's peak.

It's when he learns what it is to be a dog, and where he 'fits' in the canine world as well as how to be a dog who thrives in our human world.

At every age and stage he has physical, emotional, practical and social needs. He thrives when you know what these are and how to meet them.

CLICK HERE to find links to detailed info. on each month of your puppy's first  year or scroll down to read the full article.

The first six months of Rascal's life are the most important because his attitude, behavior, personality and abilities are all 'set' by the experiences he has, and the care he gets, during this time 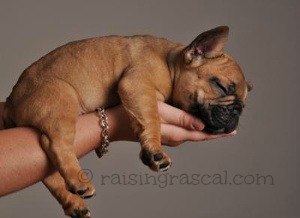 During the first six months your little pup seems to grow an inch (or more) every time you look away.

It's also when his behavior seems to be changing weekly, or even daily. In fact it doesn't just seem that way, it actually IS changing incredibly quickly.

During the second half of his first year, your pup's learning and growth curves will slow down a bit.

Now he starts building on those lessons he learned just a short while ago.

Although the 'teenage years' can be a challenge, they're an important part of your puppy's development. Patience, consistency and love will get you all through it unscathed.

It's worth remembering that although puppy development and growth are divided into stages, or calculated by age, they aren't rigid time-frames.

Large and giant breed pups go through some explosive growth spurts during the early months, but overall they develop and mature more slowly than small or tiny breed pups.

A small dog will be fully mature by 12 months old. For the X-large or giants of the dog world it takes anywhere between 18 months and 3 years for them to reach adulthood.

This applies to emotional maturity as well as physical maturity. Bigger dogs behave like puppies for longer.

In the end small breeds live considerably longer than larger ones because they age more slowly.

Each puppy is an individual and no two will grow or change at the same rate (even if they're the same breed, or even from the same litter).

It's a continual process that flows from one stage to the next.

Some pups will move forward faster, then perhaps slow down and allow a 'slower' developer to catch up - or race past them.

It's not a competition, so don't hurry your pup along, he needs to move at his own pace!

There are a couple of different ways you can divide up your pup's first year.... you can count it in weeks or in months, or you can focus on 'developmental stages'. 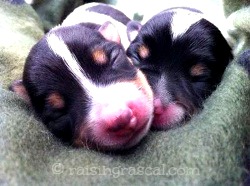 FROM TINY TO MIGHTY IN ONE YEAR! 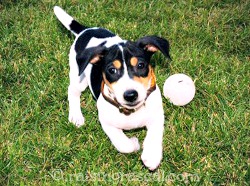 Many dog behaviorists, canine researchers, authors and scientists have coined certain phrases to describe the different ages and stages of puppy development.

I've included several of them in the Timeline below so that you'll recognize them if you see them in a book or (dare I say it?) on another website!

Personally, as I believe raising puppies is so similar to raising kids (just on a much shorter time-frame), I prefer to use child development stages as a guideline.

If I say 'infant' - you'll immediately think 'tiny baby' right? What about 'toddler'? Or 'teenager'?

You know what to expect from a child at these times, and puppies are surprisingly similar in terms of their needs and behavior in the corresponding developmental stages.

Click on the images below to go to an in-depth look at each stage of puppy development and growth.

Okay, ready? Then let's get started! 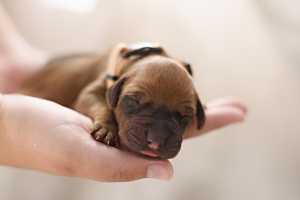 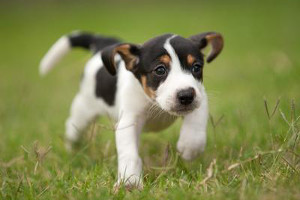 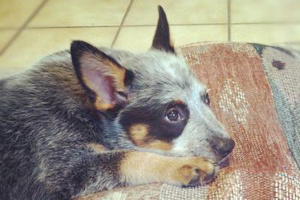 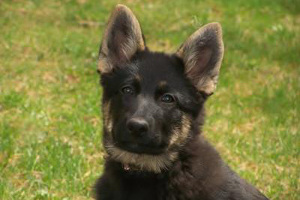 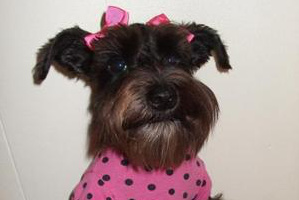 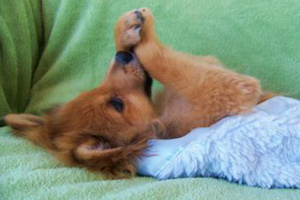 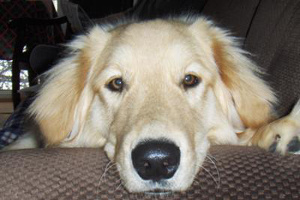 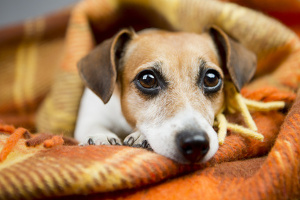 MyWay LLC participates in the Amazon Services LLC Associates Program & may earn advertising fees via links to Amazon.com A small commission may be received from all affiliate links and third-party advertising.